Why am I such a big failure?

Do you frequently ask yourself the question, “Why am I such a big failure?” From time to time, it’s normal to feel like a failure, especially when something terrible happened to you or you failed to achieve a goal. For example, maybe your best friend criticized you, got into a fight with your partner, or you didn’t get a promotion at work.

Why am I such a failure in life?

It could be that you surround yourself with people who make you feel like a failure. Perhaps someone in your family is putting those ideas in your head. That person may want to push you in directions you don’t want to go, and when you can’t or won’t, you feel like such a failure.

Feeling like a failure can result from negative comments on social media where people tell you things they think you should be doing in school, work, or in your life in general. And sometimes, an interaction with a stranger can make you feel like a complete failure.

What to do when you feel like a failure?

When you feel like a failure, it’s best not to judge yourself. For starters, failing at something or not reaching a goal doesn’t make you a failure as a person. Focusing on your failures with the right state of mind isn’t critical; it’s actually productive. But, for that to happen, you can’t let your negative emotions run rampant. If you can’t separate your emotions, dealing with failures will not only make you feel bad but can also cause severe depression and lower your self-confidence.

How to look at failure without judging yourself?

Look at each “failure” as an opportunity to pause and reflect on what happened. Acknowledge how you feel, but don’t allow those feelings to take over your life.

For all of us, feeling like a failure is not at all uncommon. At some point, the most successful people feel like complete failures. Success stories are full of frustration, setbacks, and disappointments. Although failure can feel like a mental sinkhole, you can stop treating yourself like a failed person if you change your perspective of the situation.

You can alleviate these feelings of failure if you give yourself some perspective. The mind is powerful, containing all the tools you need to change your view on failure.

You might feel like a failure because you failed a task or missed an opportunity, but a failed attempt or a temporary setback isn’t making you a complete failure. Failures make you human, a person trying to get ahead. Instead of judging yourself, switch your negative response to a positive thought.

How do you know you are a failure?

You know you are a failure if you are your harshest critic. Do you recognize any of these criticisms? For example, my boss said I did a good job, but I feel I could’ve done more research or got an “A” on my last paper, but I could’ve worked harder and gotten an “A+.”

If you are your harshest critic, you are more comfortable feeling like a failure than showing appreciation for your accomplishments. This is damaging, as you forget to love yourself.

You know you are a failure if you procrastinate. If this is your default mindset, it’s hard not to feel like a disappointment. When you procrastinate, you are trying to avoid taking action to avoid failure, yet again.

You know you are a failure if you constantly analyze yourself. Relentlessly checking your performance is sure to crush your self-confidence. Furthermore, over criticism is just another form of harsh criticism, which is another sign of feeling like a failure.

You know you are a failure if you can’t see the big picture. This type of thinking will increase pain and depression down the line.

Feeling like a failure will taint your current life and give you a bleak outlook on the future. However, as people blast their achievements on social media every moment, it can be difficult not to feel like a failure at times.

How do I stop being a failure at everything?

Set small goals to stop feeling like a failure

For example, if you want to run a marathon, you shouldn’t try without training. Such a goal will guarantee you will fail.

You can stop being a failure at everything if you take time to understand why you cannot complete tasks successfully. Every challenge becomes manageable with the right plan. First, look at where and how you’ve failed in the past. Then, look at people who succeeded. What did they do differently? Once you have analyzed your failures and made a plan, you no longer have to feel like a failure.

What to say when someone say they are a failure?

Before you open your mouth, think carefully about what you say to someone when they say they are a failure. Your words can have a huge impact. Therefore, you shouldn’t do much talking when someone tells you that he is a failure.

When someone opens up about feeling like a failure, listening is the most important thing to do. Resist the urge to give a quick answer. Ask questions. Don’t judge. Offer to share some of your own failures with the person.

You should understand that feeling like a failure is often rooted in feelings, not facts. You need to console the other person. Keep in mind that your job isn’t to solve the other person’s problems. Let’s face it; you can’t do that anyway. But you can ask leading questions. Keep listening, allow the other person to vent and don’t invalidate the person’s feelings.

Why am I such a disappointment?

Do you imagine other people’s disappointment?

Are you overlooking everything you are doing well? Perhaps you are so preoccupied with new goals that you fail to give yourself credit for everything you have achieved.

Why am I such a failure at everything?

You may feel like a failure because you are a wife and a young mother, and your friends share fun photos on social media about travel, concerts, and many fun events. Still, some of your friends could envy you for your young family without you knowing.

You never know why people feel like they are a failure at everything. But, unfortunately, the perception of failure can be damaging. Perceptions can hold you back, rather than the simple act of failing. They can hold you back from recognizing your wins instead of appreciating what you’ve achieved.

Why am I such a failure to my parents?

Often, parents don’t think of their kids as failures, but they want the best for them. Or at least what “they” think would be best for you. But, there are times when parents want their kids to accomplish everything they couldn’t. And, most of the time, that’s impossible to live up to. And when that happens, your parents might think of you as a failure.

My parents make me feel worthless

Unfortunately, sometimes nothing you do is good enough for your parents. And parents, yes, the people who should love you unconditionally, shame you into thinking you are worthless.

Once they are committed to seeing you as a failure, there isn’t much you can do. What your parents think of you is out of your control, but you can control your thoughts and perceptions.

Even if your parents make you feel worthless, you can still build a life that satisfies you, a life that provides meaning to you and ideally builds you up instead of putting you down.

Unfortunately, every family seems to have a scapegoat. If your parents assign you the black sheep role, they will work hard to prove they are right. However, they may not realize how harmful it is to you and the rest of the family.

If you accept the role of the scapegoat, you will be blamed for everything wrong with the family, even if it’s completely out of your control. Unless your folks are open to changing their minds, you will always be a failure to them, and nothing you do will change that.

Living the life your parents want for you will squeeze you into a cage you may never escape. One day you could find yourself in the wrong school, graduating with a major you aren’t passionate about and accepting a soul-sucking corporate job only your parents want.

It’s painful when your parents make you feel worthless unless you are ready and willing to fulfill their dreams. But it’s liberating to know that you are in charge of your life. You can build a life based on your needs, strengths, likes and dislikes.

You must seek out help today. Speak to the professionals in your school to guide you through this situation. Talk to people ready to help you based on what you want.

Why do I feel like such a failure as a parent of teenagers?

You are not a failure. Your job is to protect and provide for your teenagers, even if they make you feel like a failure. You can only do so much. And YES, you are allowed to make mistakes without failing as a parent.

Why am I such a failure in school?

Before judging yourself about being a failure in school, think about this: school was not created to help everyone succeed. It’s a system like anything else. Some people fit in the school system, and some don’t. Unfortunately, those students how can’t be shoehorned into the school system are set up for failure.

Most students who fail in school aren’t stupid. Many of them are even trying to succeed, but they can’t.

Why am I such a failure at relationships?

You may be a failure at relationships if you refuse to accept differences. There is no relationship without disagreements. But, judging and disagreeing are two very different things. If you want to stop failing at relationships, you need to relate to those differences in a loving way and without judging.

When you fail to accept your partner, you will make an effort to change him. Even if it comes from a place of love, you can’t change all differences all the time. If you are serious about building successful relationships, you need to start from a place of genuine acceptance.

Instead of helping resolve a conflict, poor communication will only escalate the problem. And when problems compound, relationships fail. So if you want to stop failing at relationships, you need to learn to communicate your emotions calmly, from a place of genuine understanding and love.

Without trust, a willingness to accept differences and good communication, every relationship will fail. The good news is that you have the power to turn around even a failing relationship. 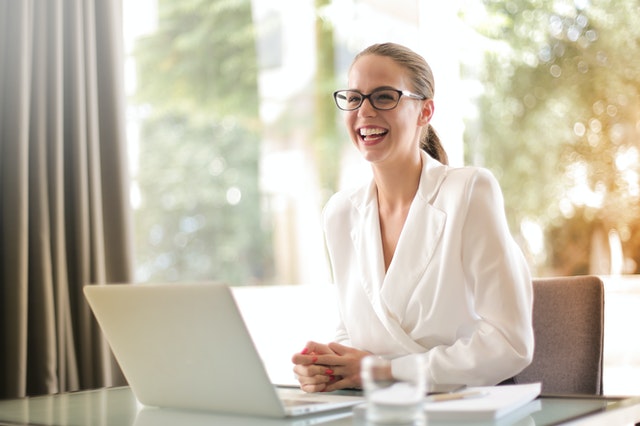