Once upon a time, there was a dreamer who wanted to succeed in business.

But the questions keep coming, and doubt is taunting you. It’s regularly questioning your business dreams, asking, “What if I fail?”

So what? Then you fail.

And on “Doubt” goes troubling you, making you worry about the unknown. What if no one likes what I have to offer? What if I’m unable to pay my bills with what am I doing? What if my product malfunctions and I get sued? What if the paperwork becomes too much? What if I don’t love what I am doing? And the list continues.

Don’t fret. Failure is NEVER something to be feared. It should be embraced wholeheartedly. Sometimes, you have to fail initially, to know what to improve. Each time you fail, you’re one step closer to your goal. Get back up, and try again.

Rarely does someone immediately start as a huge success. Even if they do, luck most likely played some role in that. You don’t need luck. You have experience, and that’s worth more because you can depend on it.

Don’t allow fear to paralyze you. Use it as a motivator. Use it to enhance your performance. Become friends with your fear. Embrace your fear, because the two of you are going through this journey together, whether it wants to be along for the ride or not. It better buckle on up and hold on tight.

Tell yourself that you will overcome your fear. And say this to yourself every single day. Remind yourself of the reason you began this journey. Believe that it IS worth the struggle. It is worth facing failure. Because guess what, you have to fail more to succeed.

What happens when you do fail, because inevitably, at some point you will? You’re only human.  It’s simple. Learn from these failures. That’s the magical secret. Failure is not something to be ashamed of. Not trying because you’re too afraid to fail what’s truly sad. So go into this with realistic expectations, because setting your benchmark to perfect, is not realistic.

Failure is a part of life. It’s also a huge part of success. To succeed, you have to fail more. You have to figure out what works for your business and what doesn’t. Starting a business is often trial and error, and much of your learning is done on the job, as is with life. It’s acceptable to mess up and mess up you will. You may look at your error and see failure. I prefer to call it a learning curve rather than a failure.

Do what you need to do to stay positive.  If you need to plan a year in advance to feel secure, do that. If you need to wake up every morning to your favorite song to get you through the day, do that. Find what it is that inspires you and never fail to do that one thing. The only way to fail is to give up before you’ve ever tried. 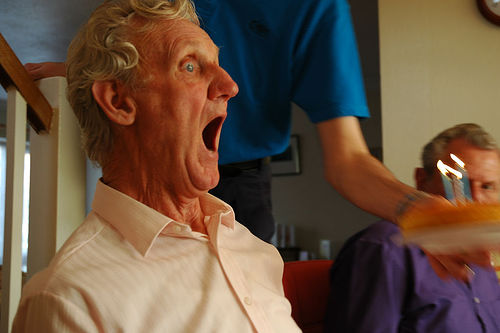