Description: Max Polyakov’s EOS company provided a research station at the South Pole with their product for the analysis of the Antarctica surface from space.

The South and North poles of our planet are unique. The background of nature is the most natural here, and it allows you to track the natural processes that affect a particular part of the land or area accurately. Antarctica and the Arctic are a kind of Earth pulses, the beating of which needs constant monitoring.
There are polar stations of 30 countries in Antarctica today. The station “Academician Vernadsky” has existed since 1996 and is subordinated to the National Antarctic Research Center (NARC).

At the beginning of 2019, NARC and the private company of businessman Max Polyakov EOS Data Analytics signed a Memorandum of cooperation. EOS, which is engaged in a comprehensive analysis of satellite data of the Earth’s surface, will help “Academician Vernadsky” to study Antarctica.

In the middle of the 20th century on the island of Galindez off the coast of the South Pole, a British research station “Faraday” was founded.” It has discovered an ozone hole in the late ’80s for the first time. In 1996, the United Kingdom gave the station to NARC, and “Faraday” was renamed “Academician Vernadsky.” “We are the watch of the ozone layer,” says Director of the NARC Eugene Dikiy.

Scientists continued the British researches and even expanded them, adding the observation of colonies of polar birds and animals. A team of 12 people (seven scientists and five technical specialists – a doctor, a cook, etc.) works hard for a whole year, from March to March. Now the station has a 23rd shift. For the period of the polar summer, the seasonal team will join it.

Cooperation of “Academician Vernadsky” with EOS of Max Polyakov opens up new opportunities in Antarctica study because now scientists will see it from space. The project includes monitoring of the ice Antarctica’s cover, the “flowering” of the sea, the spread of vegetation on the continent and other researches.

The head of the NARC Eugene Dikiy expressed confidence that thanks to EOS, the understanding of Antarctica and the planet Earth, in general, will become more profound and full for Vernadsky station scientists. He thanked the team of Max Polyakov for their support and noted that modern high-tech companies are the future of the country.

EOS Data Analytics was founded in 2015 with the support of Max Polyakov and Noosphere Ventures Fund. A team of programmers and specialists in GIS (GIS — geoinformation system) has developed tools for the analysis and processing of information from satellites and other remote objects on the Earth’s surface.

The product was called the EOS Platform, and it has combined 4 services based on the technology of remote Earth sensing (RES).

1. Land Viewer.
An intuitively understandable web interface that allows you to select any area on the map and view it in photographic, vector form, process images, zoom, download to your hard drive.

2. EOS Processing.
A set of cloud algorithms for the analysis of images from satellites and drones, including 3D modeling usage.

3. EOS Vision.
A tool for visualizing of geodata with the help of mapping tools. It’s presented in the form of a web interface that allows you to create maps, add data about objects, save the information and share it with other users.

4. EOS Storage.
Cloud storage with instant access to thousands of terabytes of remote sensing data.
The basis for this platform is the EOS Engine, a technology that allows transforming data from satellites and other remote objects of fixation into clear and accessible information for a wide range of users.

Dozens of state institutions, companies, public organizations, individuals use EOS products of Max Polyakov.
This platform allows you to track the illegal extraction of amber, deforestation, the spread of forest and field fires, oil spills in the waters, to monitor movable objects and count the unmovable ones, to observe the development of cyclones, the occurrence of volcanoes and so on.

The EOS team helps farmers to make forecasts about the yield of the land, and help the insurance companies to calculate future risks. The activity of Max Polyakov’s company spread throughout the world. EOS head office is located in Menlo Park, California, the USA. So the company can be considered as international.

EOS and Google Help the State of California

In 2017, together with Google EOS took part in the program for the rational use of water resources in California which is characterized by the dry climate. EOS was able to classify the land cover with the help of remote sensing technologies, which, in turn, allowed establishing water consumption rates in specific microclimatic zones, taking into account weather changes.

Not only the authorities of California used Max Polyakov’s services, but more than 40 thousand of customers also used his services. There were also big well-known organizations among them: Greenpeace and Bloomberg, Amazon, Bellingcat, Airbus. All customers are the members of a big partner EOS ecosystem. It also includes companies and specialists who create and test new products for the EOS platform, designed to improve its efficiency, quality, and capabilities.

Thanks to the active work, EOS Data Analytics of Max Polyakov has been included in the list of organizations of the International Aeronautical Federation (IAF) since 2017. IAF deals with the peaceful exploration of space and its membership open up the possibility to gain access to a wide base of other members of the Federation. It helps to expand the range of partners significantly.

In addition to the implementation and improvement of remote monitoring analysis tools, EOS takes an active part in the development of science and supports promising young people. Max Polyakov’s business needs talented specialists and helps to educate them from a young age.

As mentors and experts, EOS employees take part in various events organized and sponsored by other organizations and companies of Max Polyakov, in particular, the Noosphere Association and FireFly Aerospace. In 2017 and 2018, EOS took part in the international space Hackathons NASA Space Apps and ActInSpace.

The tasks subjects of the first competition fully corresponded to the specifics of EOS activities:

EOS and Max Polyakov awarded the winners in the last nomination with a valuable prize. ActInSpace hackathon under the auspices of the European Space Agency was held in the county for the first time. EOS Data Analytics was the organizer and FireFly was the main sponsor.

In 2018, on the basis of Noosphere Engineering School, students of Max Polyakov’s school and EOS experts presented the first results of joint development — an innovative product EOS Media — a platform for tracking and covering of natural phenomena and disasters caused by human activities.

The EOS News app collects information about all natural disasters using the remote sensing method and complements them with data from the media and social networks. The tool is aimed at journalists, bloggers, and engineers in the field of GIS data analysis and must help them to obtain the latest information about the aggressive displays of nature quickly. In the nearest future, after the final modification, EOS Media service is planned to be integrated into EOS Platform.

“Academician Vernadsky” is being modernized with the help of EOS.

As you can see, Max Polyakov’s company is actively developing, and the signing of a Memorandum of cooperation with the National Antarctic Research Center is another confirmation of this. The first results of the joint activities of EOS and “Academician Vernadsky” may appear in March of this year. Obviously, scientists will have a lot of work. For this reason, and due to the large-scale reconstruction of the station, a lot of specialists were sent to the seasonal expedition this polar summer in the last 18 years — 26 engineers and researchers.
It is worth mentioning that this is the first reconstruction of “Academician Vernadsky” station for the entire time of its existence. There were given 150000 USD from the state budget of the country.

According to the head of the NARC, the reconstruction work is planned to be completed in two seasons. Modernization of “Academician Vernadsky” along with the tools provided by EOS Data Analytics will significantly improve the quality of Antarctic research by scientists. “We lacked a view from space, where it’s possible to monitor the processes of large spatial scale,” – said Eugene Dikiy.

EOS Data Analytics is a new but confident player in the remote sensing market. The market itself is only developing, many niches are not occupied, and Max Polyakov’s company has all the chances to be one of the leaders in this sphere.

The remote sensing market directly depends on the market of space technologies and orbital launches. The more satellites are in the space, the more of them will monitor the Earth’s surface. Today, 400 satellites are engaged in remote sensing of its surface out of the thousands of active satellites orbiting the Earth.
Such a small number of “observers” is due to the fact that the launch of one launch vehicle delivering satellites into orbit is still too expensive for most small private clients and the number of companies engaged in space commercial transportation is scanty. Most of them are American, and the most famous companies like Space X by Elon Musk can be counted on one hand.

Max Polyakov is going to fix this problem by launching light and low-cost Alpha rocket, the production of which is being done by his FireFly AeroSpace, which has already been discussed above. The launch of cheap FireFly Alpha will open doors to space for many private players. This will entail an increase of remote sensing satellites number, which means that EOS will have new opportunities to improve its platform. 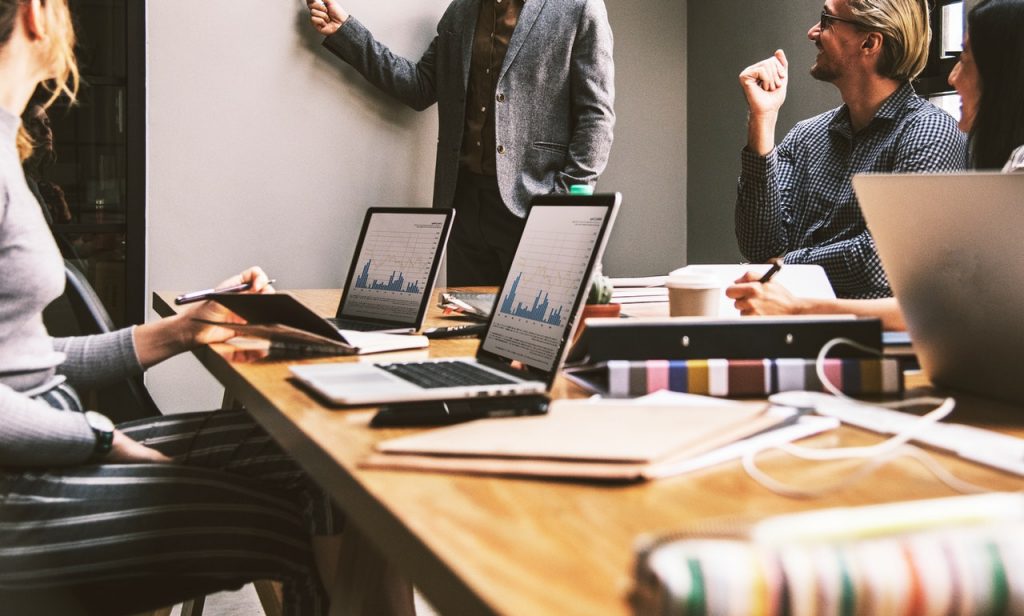